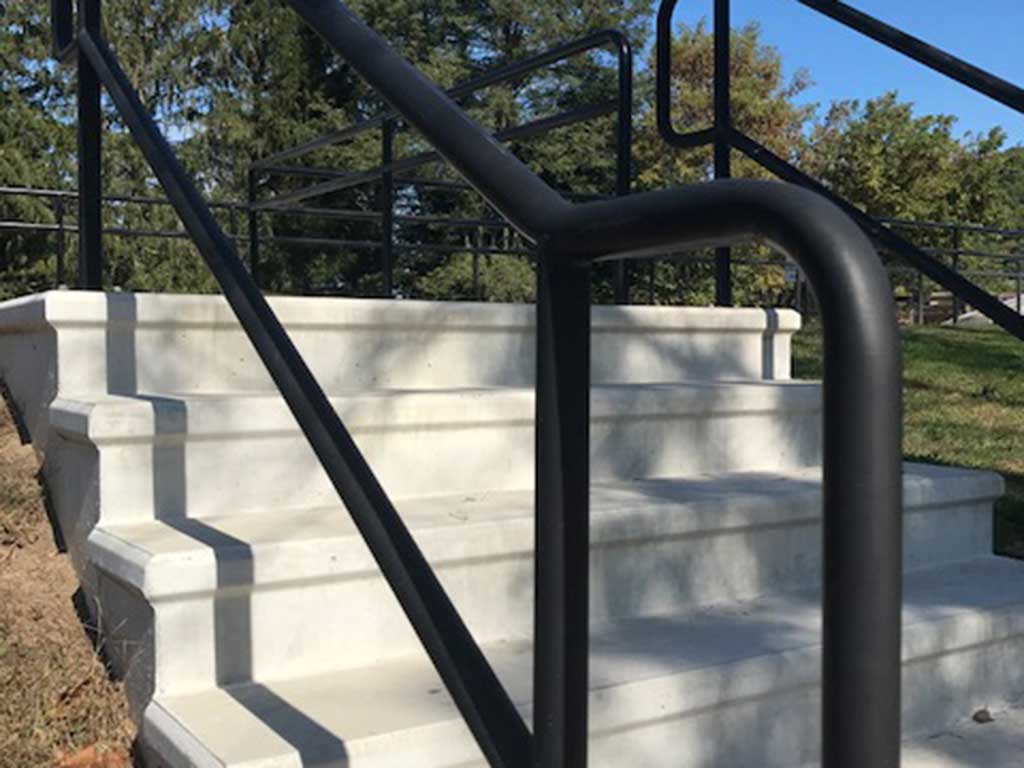 If you happen to wander through the Upper Delaware Scenic and Recreational River National Park near Lackawaxen ,PA which is home to the Roebling Bridge - the oldest existing wire suspension bridge in the United States, take a minute and check out the walking rails and steps throughout the park.

Masters Fabrication and Rail has supplied Step Units with rail and over 400 feet of walking rail to this date. This is an ongoing project.

Upper Delaware Scenic and Recreational River is the home of the oldest existing wire suspension bridge in the United States - the Delaware Aqueduct, or Roebling Bridge as it is now known. Begun in 1847 as one of four suspension aqueducts on the Delaware and Hudson Canal, it was designed by and built under the supervision of John A. Roebling, future engineer of the Brooklyn Bridge.